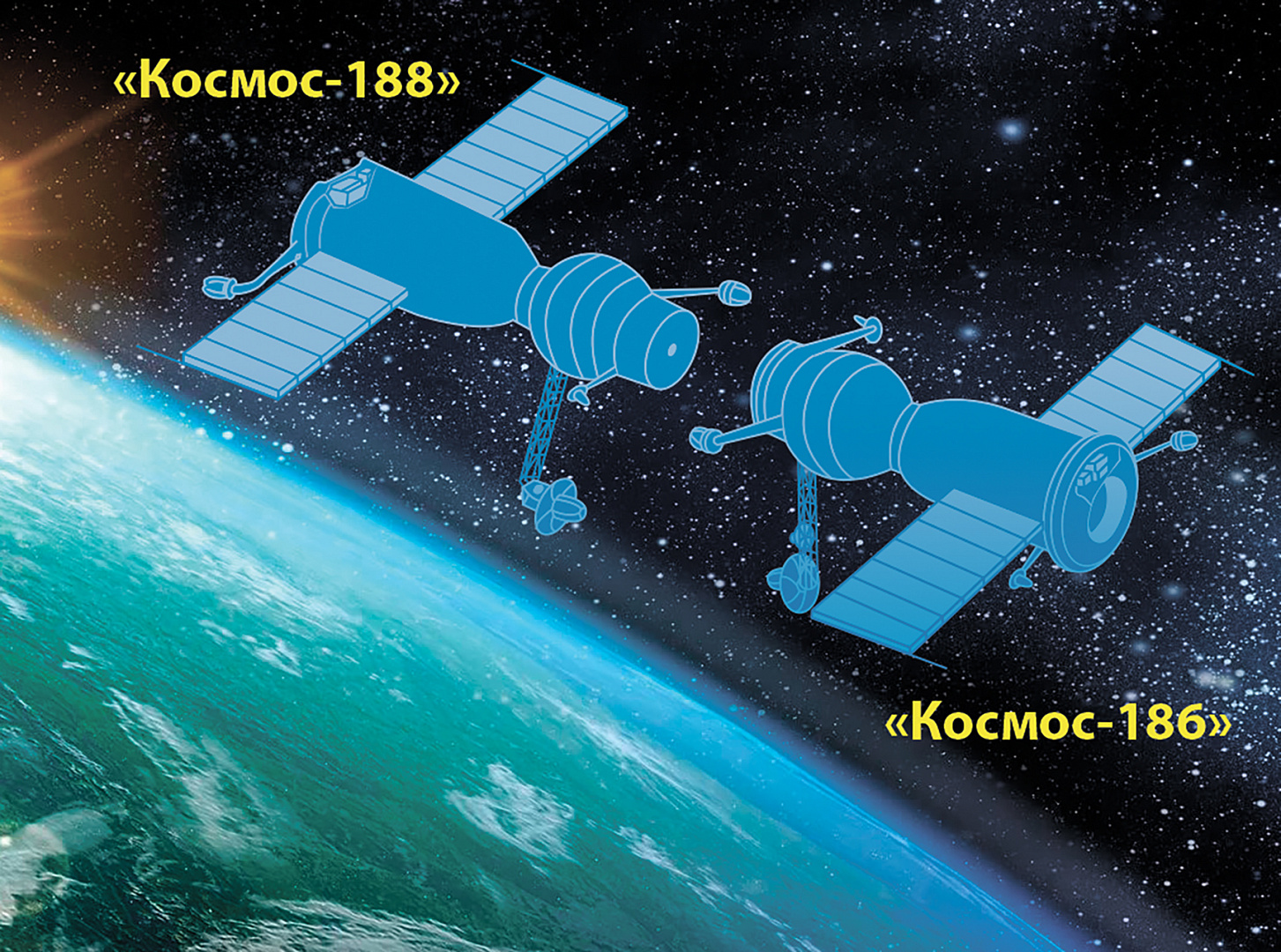 The world’s first automatic docking of Cosmos-186 and Cosmos-188 took place 55 years ago on October 30, 1967. The docking was accomplished, using IGLA radio mutual measurement system, developed by the RPI engineers.

Just ten years after the beginning of the space age, the engineering genius of the RIPI specialists was able to build an entirely new radio-engineering system, which allowed two vehicles to find each other in outer space, bring together into a single whole, thus forming orbital stations where people could live, work and increase the scientific understanding about surrounding world.

For 55 years of work, the RAPID specialists were able to build three generations of automatic docking systems: IGLA, KURS, KURS-NA and KURS-MKP, and currently our engineers are designing a new generation of equipment for advanced spacecraft.

- The operation of the IGLA instruments was carried out from October 30, 1967 to March 18, 1989. During this period, the IGLA accomplished 94 dockings, including 8 ones with the MIR station. Each succeeding generation of docking equipment was built on new principles of signal processing, using a promising element base, which made it possible to make instrumentation lighter in weight and with lower power consumption, but always with a high degree of reliability. For each generation of the mutual measurement system, checkout equipment was being developed, unique stands and anechoic chambers were being built for trials and testing.