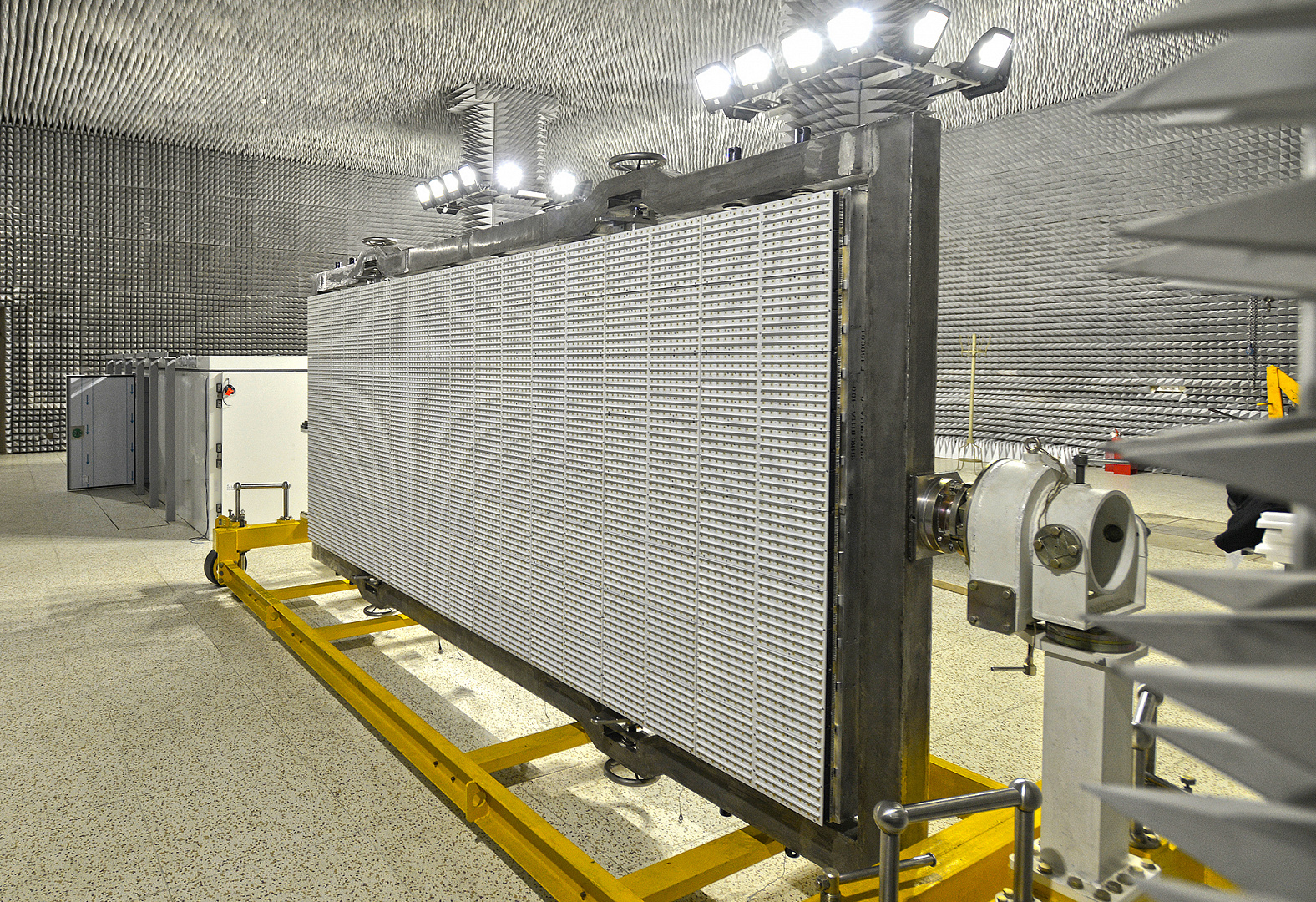 The Head of Roscosmos inspected the final stage of end-to-end tests of the Kasatka-R synthetic aperture radar (SAR), which is being developed by RIPI specialists for the Obzor-R – a new generation X-band radar Earth observation satellite, designed by TsSKB-Progress. After all the tests have been completed successfully, the radar will be sent to TsSKB Progress facilities, where it is going to be integrated into the Obzor-R spacecraft.

Launching and operation of the advanced observation satellite Obzor-R with the Kasatka-R SAR aboard will allow it to substantially enhance its monitoring capabilities, permit conducting X-band radar surveying for the benefit of various ministries and departments, as well as regional administrations. Kasatka-R is the key special-purpose equipment for the new-generation ERS satellites, capable of observing the Earth's surface 24/7 and under any weather conditions with a resolution of up to 0.5 m.

- A whole range of equipment has already been designed and manufactured at our Institute, e.g. a special electromagnetic probe with an accurate positioning system; a system for measuring the parameters of the electromagnetic field near the antenna panel of an active phased antenna array (APAA); as well as computing tools for calculating the APAA directivity characteristics. This allows us to conduct direct measurements of the onboard equipment parameters, including the APAA antenna characteristics under various temperature conditions. None of the existing test thermal chambers in Russia has so far made it possible to measure directly the parameters of the directivity pattern of antennas for radar complexes. Our work on the Kasatka-R project has indicated that we gained an experience and competence in developing and manufacturing of space-based APAA radars.

Roscosmos Director General also familiarized himself with other developments of our Institute, in particular with the Kurs-NA third-generation navigation system used for docking Soyuz-MS and Progress-MS spacecraft with the International Space Station (ISS), and also with the upcoming opportunities of the Unified Geographically-Distributed ERS Information System (UGDERSIS), which provides a single geoinformation space for the operational supply of users with the ERS data.