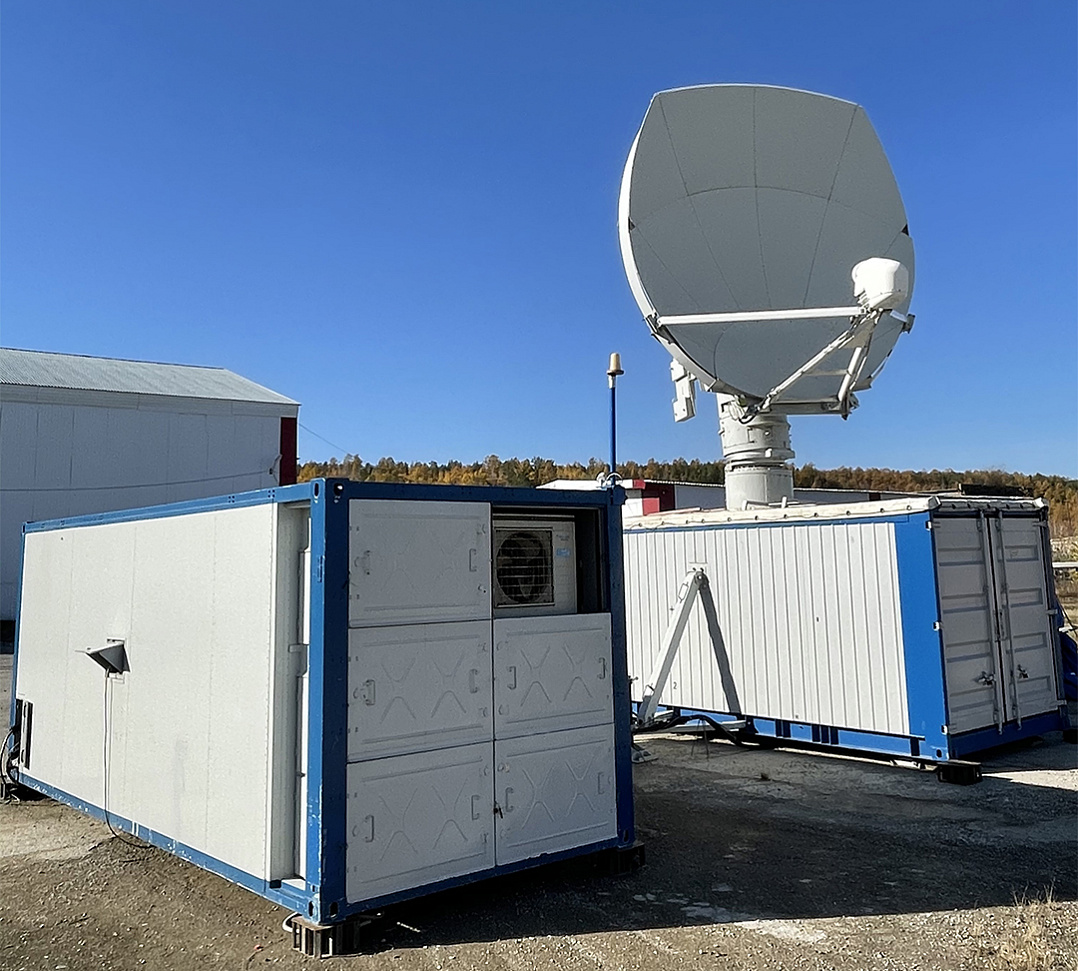 RIPI’s specialists have been awarded with the Certificates of Honour of the Ministry of Emergencies (MES) of Russia in the Republic of Sakha (Yakutia) for the diligent and skillful performance of their professional duties in terms of providing technical support to the Mobile Transmit/Receive Complex (MTRC), used in the framework of inter-agency cooperation to ensure safety and response capacity throughout the period of seasonal floods and other natural disasters.

The joint crews, composed of specialists from our Institute and the Ministry of Emergency Situations, within a period of 6 months, between April 10 to October 2, 2021, were conducting satellite monitoring of dangerous flood and fire events on the territory of the Republic of Sakha. A total of 426 sessions for obtaining ERS data from Russian and foreign orbital constellations were carried out during this period, using the MTRC facilities.

Konstantin Tarasov, a captain in the Internal Service, senior engineer for the Chief Directorate of the MES of Russia for the Republic of Sakha, described the activities in training the personnel:

- Akram Gadoborshev, inspector of the Thematic Processing and Analysis Division of the Space Monitoring Department for the “National Crisis Management Center” (NCMC) of the MES of Russia, together with Andrey Voroshilov, RIPI specialist, in April this year, conducted theoretical and practical training for the NCMC specialists in processing satellite images, acquired from foreign and domestic satellites.

Every morning the information about which images had been received and processed, over the past 24 hours, was transmitted to on-duty technicians from the republican Crisis Management Center. The on-duty specialist generated the request for new satellite imagery acquisition, based on the evolving realities on the ground, and sent it to the National Crisis Management Center of the MES of Russia.

A work plan for the MTRC facilities within 24 hours and for processing satellite data was then refined together with the RIPI specialist. After analyzing the data, the information was brought to the interested cooperating structures of the Republic of Sakha, such as the Rescue Service; the State Committee for Public Safety and 36 Unified Dispatching services.

The experience, gained from the MTRC operation, may be generally described as positive: the Complex provided high-speed, high-performance ERS data acquisition within 24 hours. High-resolution satellite images acquired from the MTRC, made it possible to take timely preventive measures and early actions to destroy ice fields; to prevent flooding of cities and settlements on the territory of the Republic of Sakha (Yakutia) throughout the spring/summer flood season.

During the forest fire season, satellite data was extensively used for predicting wildfire spread, possible threats to settlements; for estimating the total forest area, subjected to fire, and detecting smoke propagation direction. The data, obtained in near-real time that time, helped construct a wildfire propagation model for the territory, located near the village of Byas-Kyuel (or Mountain Ulus), which made it possible to respond rapidly and flexibly to changing circumstances around the village and to enhance the manpower and resources for fire suppression.

Aleksey Fedotov, Head of the Ust-Aldansky ulus, municipal district of the Republic of Sakha (Yakutia) spoke about changes, that have occurred:

- The experts from the Unified Dispatching Service and the Commission for Emergency Situations of the region have noted, that the emergence of the MTRC has made possible a measurable increase in the level of details of the operational information regarding emergencies: whereas in the past we were given only a "thermal point", now we get specific coordinates of ice jams during the spring ice drift and fires during the forest fire period.

Konstantin Tarasov, on behalf of the Chief Directorate of the MES of Russia for the Republic of Sakha, expressed its gratitude to our Institute:

- The Chief Directorate of the MES of Russia for the Republic of Sakha (Yakutia) has expressed its gratitude to the RIPI specialists for their professionalism, competence, knowledge, and skills, thanks to which all the procedures relating to the operation of MTRC hardware were brought to automatism, which helped prevent many emergencies. The information acquired from the MTRC completely meets the needs of the Republic of Sakha (Yakutia). Next year the operation of the MTRC is planned to be carried out throughout the spring/summer challenging period.